Foot pain is one of those frustrating health conditions that can be difficult to combat. Between plantar fasciitis, bunions and fallen arches, there’s a never-ending stream of causes of foot pain.

Many pregnant women experience foot pain especially as they enter the third trimester. Contrary to common belief, simply “dealing with it” is not the correct answer!  Painful, swollen feet, arch pain, and restless leg syndrome are all common causes of foot pain in pregnant women.

Weight gain can contribute to foot pain due to the increased plantar pressure, especially to the ball of the foot. A 2001 study by Goldberg et al. showed that pressure during walking shifted towards to front of the foot to help offset the increasing shift in center of gravity. In addition floor contact times increased, indicating a progressively slower walking speed, both of which can contribute to foot pain.

Edema is puffiness and swelling caused by excess fluid buildup in the body. Pregnant women most often experience edema in their ankles and feet. It is quite common for women to experience edema during pregnancy — more than three-quarters of pregnant women suffer from it — and it can begin during the second trimester.

Edema occurs due to the body’s need to produce additional fluids for both the woman and the baby. During pregnancy, the body produces approximately 50% more fluids than it does normally. Increased blood flow and fluid pressure in the lower extremities may lead to fluid retention (and buildup) in the ankles and feet.

While uncomfortable, edema is typically not a serious medical issue. Mild edema (light to moderate swelling) is normal and is not a cause for concern for most pregnant women. It’s important to note that if the swelling continues to worsen (or spreads beyond the feet and ankles), you should contact your physician.

Pregnancy impacts every aspect of a woman’s body, including hormones. Hormones are ‘signaling molecules’ (chemical messengers) that regulate bodily functions. Think of hormones as the couriers that tell the body what to do in order to prepare for the pregnancy.

One of the most well known hormones associated with pregnancy is relaxin. Relaxin appears in large quantities during the first trimester and continues to increase as birth approaches. Like all other hormones secreted into the bloodstream due to pregnancy, Relaxin has a unique role to play. Unsurprisingly, Relaxin is true to its name and helps the body loosen up. Specifically, Relaxin ‘relaxes’ the muscles, joints, tendons, and ligaments of the body.

Relaxin plays an important role in childbirth. This hormone causes the ligaments in the pelvis and cervix to loosen, widen, and soften in preparation for the coming birth. Unfortunately for many pregnant women, Relaxin is a little overzealous in its approach. This hormone doesn’t just soften and loosen the pelvis and cervix: it impacts the entire body – including the feet!

Relaxin weakens and softens the supportive structures in your feet. If you have ever heard women complain that their feet grew a size after pregnancy – this is why! As you gain weight during pregnancy, that increased weight bears down on your arches. Relaxin weakens these already-stressed structures and contributes to their collapse. 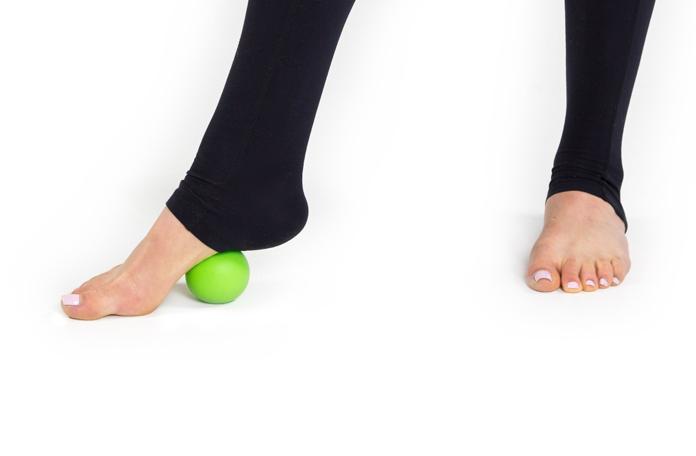 As much as you’d like to get off your feet, life is never so easy. One of the most effective ways to treat (or rather avoid) foot pain during pregnancy is a daily 5 minute foot release.

One of our favorite products for the daily foot release is the RAD Rounds by RAD Roller This self foot release is a fantastic way to release the tight muscles that make up the arches of your feet. Massage does more than simply feel good: it improves blood flow, stimulates muscles, and reduces soreness.

Click HERE to note how to perform the 5 minute foot release:

Even if we prefer to be #barefootstrong when we are not pregnant, the unique stresses placed on the body (especially during the third trimester) may actually require the need for arch supports. Mommy Steps offers, as their name implies, a series of insoles aimed specifically at pregnant women. Their MommySteps™ Maternity Insoles provide a perfect blend of arch support and general foot comfort.

Unlike other insoles on the market, Maternity Insoles stress arch support above all else. When it comes to foot pain from pregnancy, the vast majority of problems arise from increased stress to the ligaments that support the medial arch. With MommySteps™ Maternity Insoles, you will be able to support your arches from the very beginning of your pregnancy.

Even better, the company offers a mix of different insoles designed for common situations. For example, Maternity Insoles designed the Athletic & Active Insole specifically for pregnant women who are out and about in runners, trainers, and hiking boots. The Casual & Flats Insole fits perfectly inside your loafers, Toms, flats, and similar footwear. 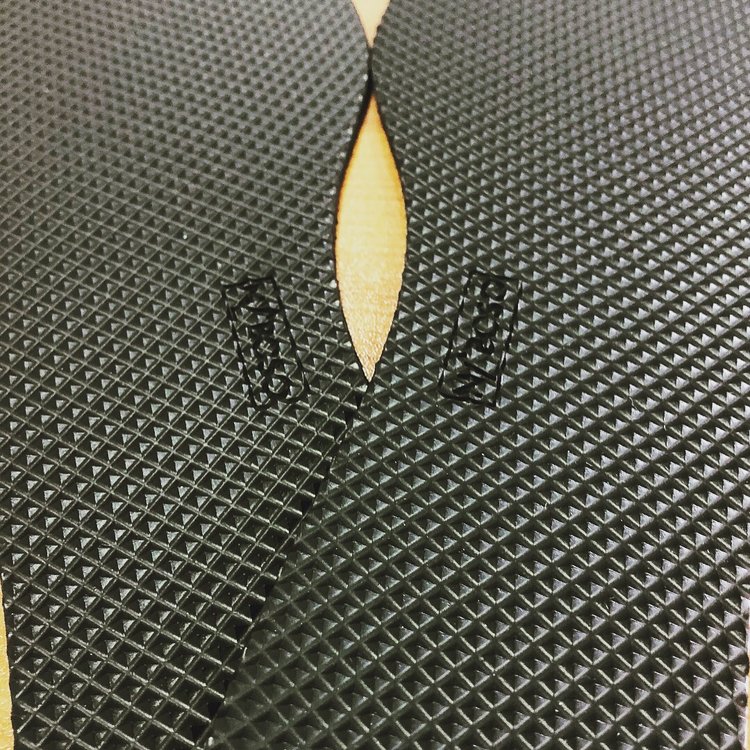 Naboso Technology offers a range of different insoles for people with varying needs. The Naboso 1.0 Textured Insole, for example, is ideal for someone new to a barefoot or minimal footwear lifestyle. For someone with more experience in the world of barefoot footwear, the Naboso 1.5 is a better choice. Lastly, for anyone looking to enhance their neuro-rehabilitation program, the Naboso Neuro is an excellent choice.

Regardless of the specific product chosen, all Naboso Insoles offer a great way to keep foot pain at bay by stimulating and massaging the feet on a daily basis. An added bonus is that all Naboso Insoles are thin enough to be placed on top of a arch support. So our vote is to combine the benefits of Maternity Insoles + Naboso Textured Insoles! 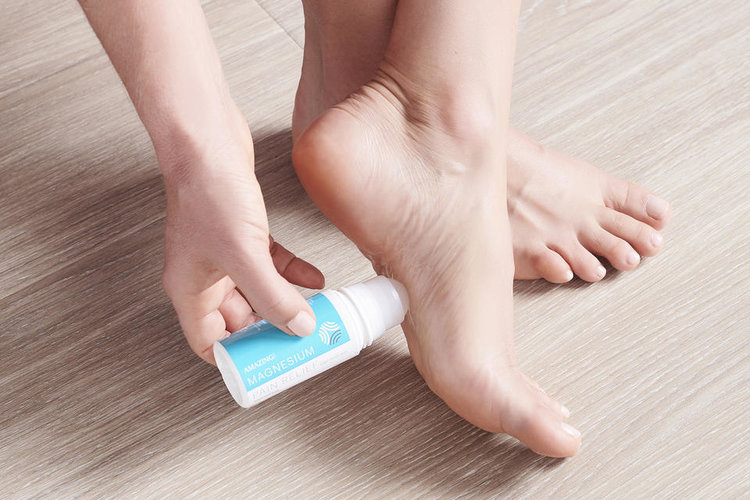 This is one of our favorite treatment options for the end of the day. Magnesium plays an important role in many bodily functions. This naturally-occurring mineral is responsible for over 300 different chemical reactions in the body. In the context of pregnancy, magnesium is vital for muscle and nerve health. This means topical magnesium may also play an important role in reducing muscle cramps and restless leg syndrome.

Using topic magnesium oil is simple. Most magnesium oils come in a simple spray bottle: simply apply the oil to your feet and legs before bed. Research has shown best absorption is actually through the bottom of the feet and provides the added benefit of enhancing sleep.

A side note is that if you find the magnesium oil itches, it can be washed off after 15 minutes. 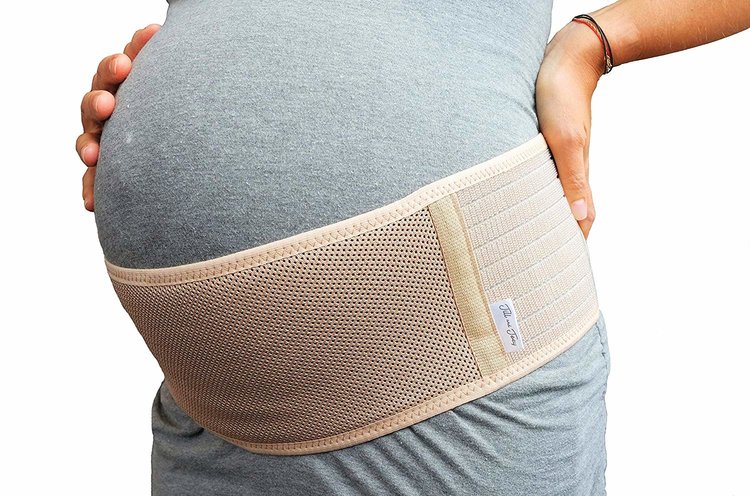 How does belly band / pelvis support relate to foot pain? The alignment of our pelvis and stability of our core muscles greatly impacts the pressure and forces that go through our feet.

By using a belly band the ligaments of our pelvis are supported taking stress off of the lower back and abdomen during pregnancy. These flexible support garments may provide many benefits to active women who are pregnant, especially during the second and third trimesters.

Painful feet during pregnancy is an (unfortunately) normal occurrence that impacts many women. If you suffer from painful feet, consider the treatment options discussed in this article. You may benefit from topical magnesium oil, Naboso Technology Insoles, regular tissue release via massage, or arch supportive footwear.

As a general rule, do not pursue active weight loss during pregnancy and always consult with your doctor before beginning a new exercise program.